What first drew you to Let’s Start Talking?
My wife! Really!! It was totally off my radar until Leslee led us into it. Once started, we couldn’t stop! Leslee and I have been blessed to work almost side by side in ministry since our first year of marriage.

What is your favorite part of your job?
Equipping people to do stuff they’ve wanted to do all their lives and then watching as God changes their lives in the process. I’m also deeply appreciative of the way LST and FriendSpeak make it possible to connect people of different faiths, cultures, and colors in meaningful and non-confrontational ways.

What are your hobbies/interests outside of work?
Participating in any and all of our kids activities, riding bikes, Frisbee golf

Here’s a link to a map of some of the places we’ve been! Altrock Travels

What first drew you to Let’s Start Talking?
The methodology and philosophy really spoke to me. I love the idea of sharing my faith in a natural way. I love that the WORD is the Teacher and I am the illustration. I enjoy traveling and experiencing new places and people. I also enjoy being focused on only one thing while I am on a project. Sharing Jesus and sharing myself!

What is your favorite part of your job?
I enjoy working with lots of people. The people we send are some of the best people in the WORLD. I love helping people do what they have always wanted to do – Share their faith!

What are your hobbies/interests outside of work?
I enjoy going to my kids activities and cheering them on. I like reading, watching movies, bicycling and working out.

Where did you go on your LST project(s)?

What first drew you to Let’s Start Talking?
The Word is the teacher; knowing all the answers is not possible or necessary. Success = faithfully planting seeds.

What is your favorite part of your job?
Talking to people from all over the world.

What are your hobbies/interests outside of work?
Cooking, walking, crafting with my niece, playing with the cat, and music.

What first drew you to Let’s Start Talking? I was drawn to LST after meeting Scott & Kim Lambert and learning about all of the wonderful things the ministry is doing for God’s Kingdom.

Where did you go on your LST project(s)? I have not been on an LST project yet, but hope to get to go on one in the near future.

What first drew you to Let’s Start Talking?
I love the simplicity and truth of letting the Word be the teacher.

What is your favorite part of your job?
The best part of my job is the stories: stories about how God was moving in the lives of our readers long before we showed up on site; about how God perfectly paired a worker and a reader; about how workers learned to trust God with their fears; and about how people’s lives were changed–on both sides of the reading table.

What are your hobbies/interests outside of work?
Traveling with my family, playing/coaching volleyball, reading a great book that I can’t stop thinking about, being out in the country and watching a Texas sunset.

What first drew you to LST?
Reading about the life of Jesus with people who have never heard it before and want to know more. That is what I love.

What is your favorite part of your job?
Traveling to new churches and working with their staff and volunteers who inspire me with their good works.

What are your hobbies and interests outside of work?
Family, traveling, reading, sports, and www.NonprofitElite.org

What first drew you to Let’s Start Talking?
We have always said we did not start LST, God did—without us even knowing it. And I love it. I love that LST is a natural way to form relationships and to share faith with people.

What is your favorite part of your job?
I love the problem-solving aspect of our work: how can we train our teams better? What do we need to create to help our missionaries follow-up? How can we open the door into closed countries? Who needs to go to Senegal to work among African Muslims?

What are your hobbies/interests outside of work?
I am a student of film, so we go to lots of movies. I love to read and I play a little golf. Mostly, however, we grandparent….which is just the best thing ever!!

Where did you go on your LST project(s)?
We went to Jordan in April 2014—one of the best experiences of my life. I want to go back soon.

Education: Bachelor of Arts from Oklahoma Christian University, 1992, in English/Teaching English As A Foreign Language.

This simple but powerful approach will connect you

Join us online WEDNESDAY (May 25) at 12 pm Central

Excited about this team headed to Rio this week! 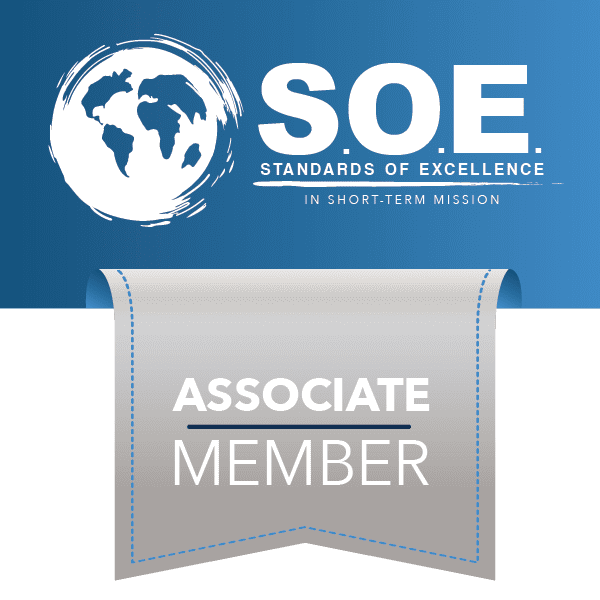